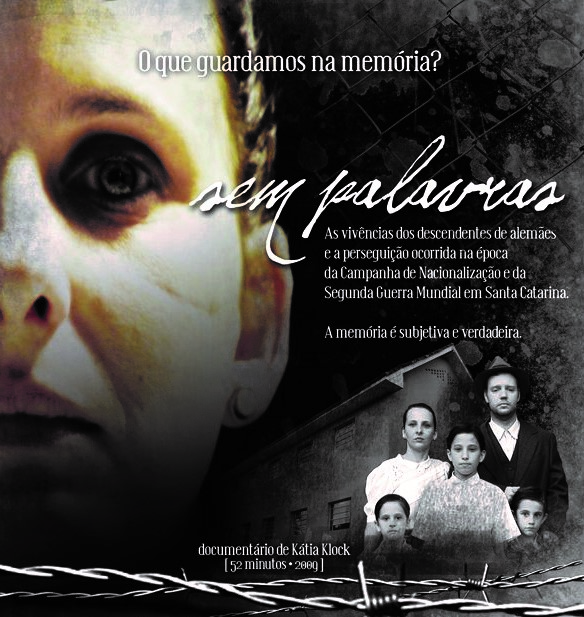 Like in the case of the Spätaussiedler (late ethnic German repatriates from Eastern Europe), the WWII days were also very challenging for people of German ancestry all over the world. In Brazil, where the founders of this group are from, German migrants and descendants, even though continents apart, had their lives impacted and saw their mother tongue banned from public places.

It is a dark chapter of Brazilian history, often forgotten by the success of the Brazilian Oktoberfest, the wide use of dialects such as the Hunsrückish in the south, the charming timber frame architecture present in many towns, and names like Gisele Bündchen, Gustavo Kuerten, Robert Scheidt, and Oscar Schmidt representing Brazil during the Rio Olympics opening ceremony.

The suppression of German culture began in Brazil in 1938 and escalated in 1942, as the country declared war on the Axis countries. At the time, hundreds of German schools were forced to teach only in Portuguese, German magazines and newspapers were censored by the government, and military troops stationed throughout regions with a strong foreign presence in order to monitor the local population. Many were harassed, beaten, and even arrested for publicly speaking the German language.

The 2009 documentary Speechless, directed by Kátia Klock, presents a very good retrospective of this forgotten chapter in Brazilian history:

In 1953, Germany introduced a repatriation law to support ethnic Germans from Eastern Europe and Russia. As a result of Nazi-era and war-related devastation, these ethnic East Germans were driven from their homes and many were murdered, imprisoned, and placed in forced labour camps. These repatriated Germans are known by the term: Spätaussiedler, which can be to translated to “Late Repatriates” in English.

Like the Spätaussiedler, the plight of other ethnic German communities abroad should also have been acknowledged by the German government.

Related Pages:
ARTICLE 116 2
THE CONSULAR REGISTRATION
THE NATIONALITY LAW OF 1913
THE NATIONAL SOCIALIST DECREE OF 1935
DAMAGES TO THE GERMAN COMMUNITIES ABROAD
EQUALITY
OUR PETITION